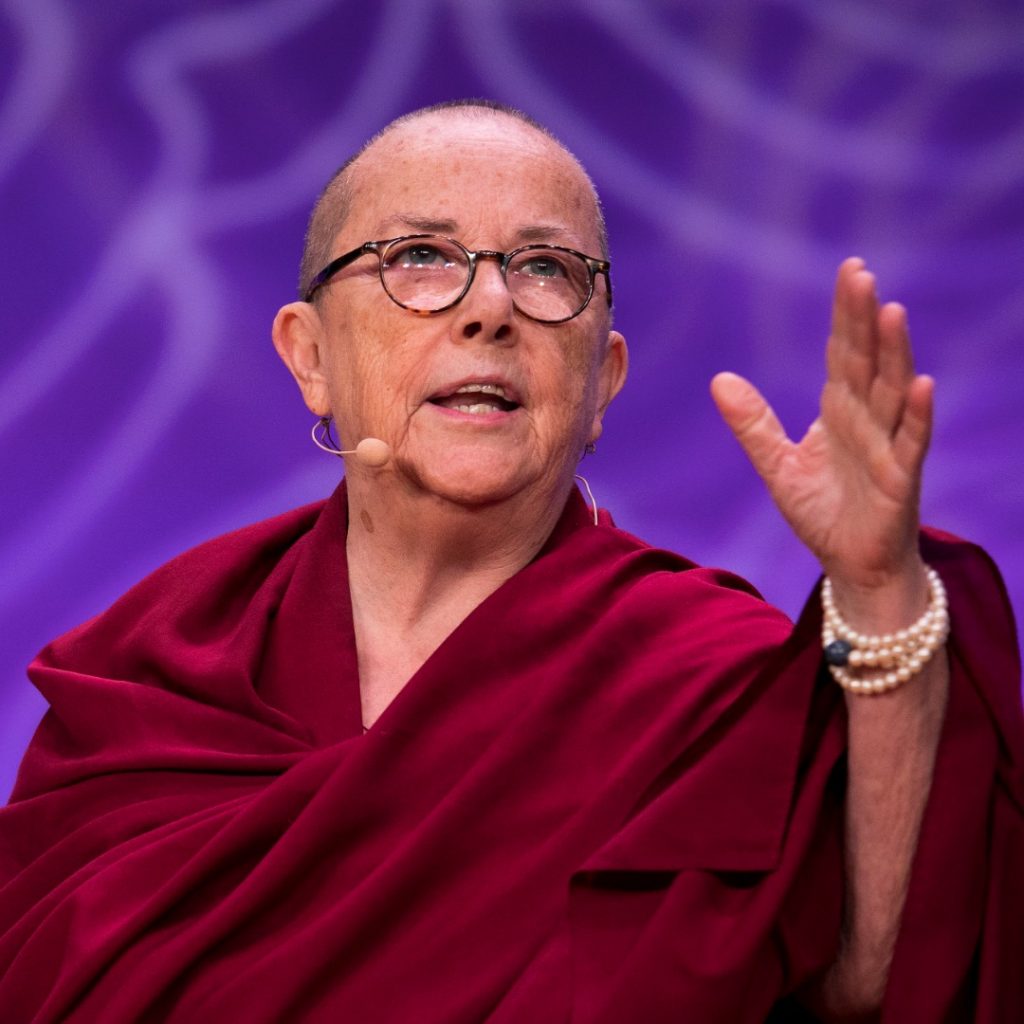 A Buddhist nun since the late 1970s, Robina Courtin has worked fulltime since then with the FPMT, a worldwide network of Tibetan Buddhist activities, editing books and magazines, running Liberation Prison Project, and teaching Buddhism.

Born in Melbourne and educated by the Catholic nuns, she studied classical singing until the mid-1960s when, ripe and ready for revolution, in London, she immersed herself in radical and feminist politics. Wanting something spiritual again she met Tibetan lamas in 1976.

Robina’s life, as well as her work with prisoners, have been featured in the documentary films Chasing Buddha and the ABC’s Key to Freedom. In collaboration with Yantra de Vilder, she produced a CD of prayers and mantras in 2018.