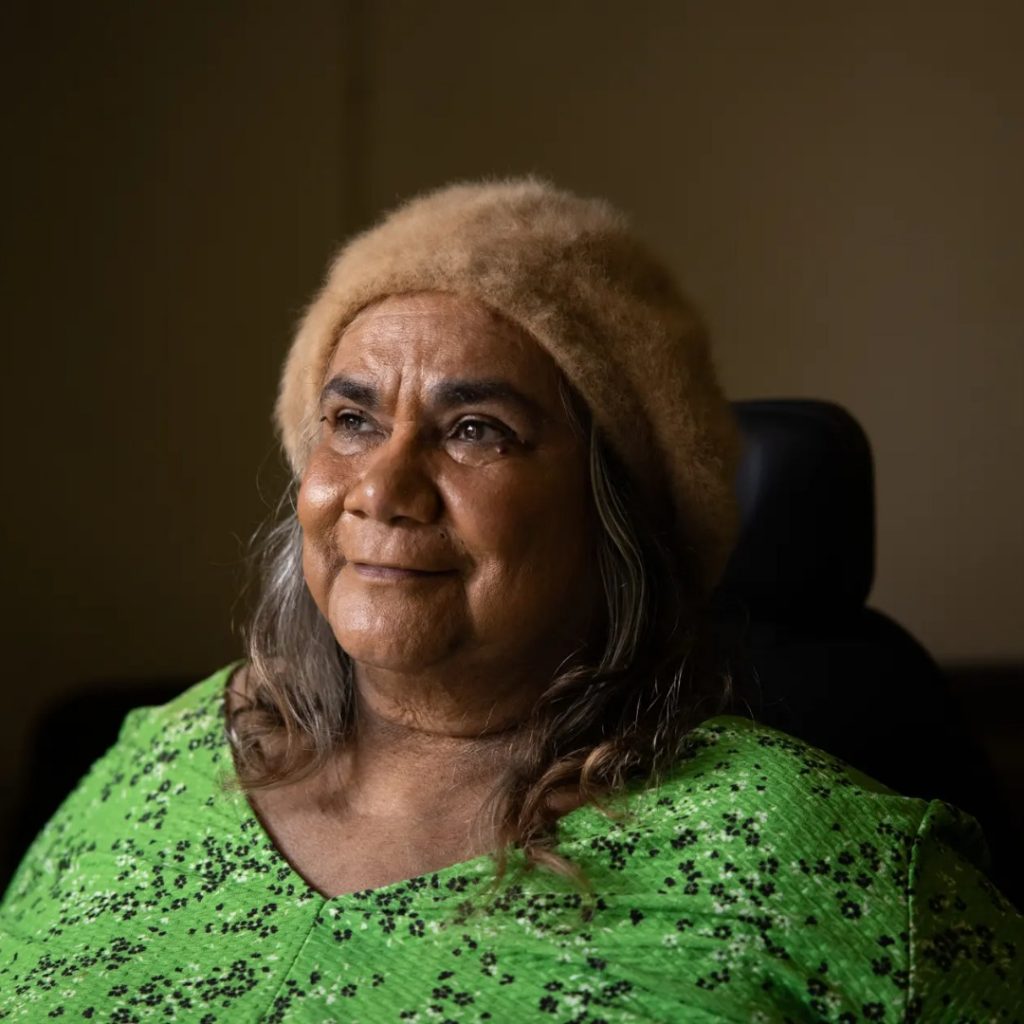 Gayle Kennedy was born in Ivanhoe NSW. She is a proud member of the Wongaiibon Clan of the Ngiyaampaa speaking Nation of South West NSW. She is an award-winning writer and has published work in newspapers, magazines, literature journals, and for radio. She was the Indigenous issues writer and researcher for Streetwize Comics from 1995–1998. Her book of poetry, Koori Girl Goes Shoppin’, was shortlisted for the David Unaipon Award in 2005 and her prose work, Me, Antman & Fleabag, was the winning entry in 2006. She wrote eleven books for the Yarning Strong series. The series won the 2011 Australian Publishers Association Award for Excellence in Educational publishing.

Gayle is in demand at literary events and workshops and, as a disability advocate and author, has spoken widely in Australia and internationally on the issue of disability and culture. She has lived and worked in Sydney since 1973.